Call out the Christian churches on the caste system

A Question for Short Debate (QSD) on poverty and caste discrimination in India has been scheduled for Wednesday 26 November in the British House of Lords. Lord Harries, a former Anglican Bishop and currently a Fellow and an Honorary Professor of Theology at King’s College London, is to host the debate. He shows particular interest on the caste issue in India as well as the UK. He was the protagonist in moving the House of Lords to pass an amendment to the Equality Act 2010 to include caste ‘as an aspect of race’ for the purposes of the Act. Currently, Lord Harries sits as one of three Steering Committee members on the Woolf Commission on Religion and Belief in British Public Life. After the election of the Narendra Modi-led government in India, Lord Harries raised a question in the House of Lords about poverty in India on 17 July 2014. Congratulating the Modi government in their election victory, the Government Minister, Baroness Northover, noted the new Indian government’s agenda of raising economic growth and improving opportunities for the poor. Lord Harries replied:

“I thank the Minister for her reply. As she knows, poverty in India is on an enormous scale. It has one-third of the world’s poor and more poverty than the whole of Africa put together. Is she aware that of the 320 million people living below the poverty level, 200 million are Dalits, 50% of Dalit villages have no clean water and 75% of Dalit women are illiterate? In her discussions with the Indian Government on this issue, will she press home the fact that tackling poverty on such an epic scale is integrally linked to tackling also a system that leaves the Dalits and other scheduled castes trapped at the bottom of an oppressive pile?”

To make sense of why an Anglican bishop should take such a keen interest in only a section of the Indian population, the statement needs some unpacking and contextualising. At first sight, it may sound like expressing a legitimate sentiment. A person of the cloth concerned, as his calling requires him to be, for the world’s poor. But he inseparably links caste and poverty, and singles out India. The statement contrasts with multiple announcements by Prime Minister Modi, which adopt a unifying discourse rather than one that splits and widen cleavages within Indian society. It has not gone unnoticed that Modi himself hails from a humble background, having sold chai as a youth.

It might seem churlish to quibble with the figures Lord Harries cites, especially when the Minister answered that her government was well aware of them. However, one might have grounds to be suspicious considering that when introducing the amendment to the Equality Bill in 2010, he had also announced that there were some 500,000 Dalits living in the UK, a figure he has failed to provide the source for and which is contradicted by a huge margin by figures cited by those who otherwise supported his amendment in the House of Lords. Dalit, meaning ‘crushed’ is a term of political rhetoric and, although in wide use in debates in India, it is far from clear who is and is not included in it. The official legislative categories applying reservations refer instead to Scheduled Castes, Scheduled Tribes and Other Backward Castes.

Underneath what the Prelate says lies centuries of thinking about India’s ‘caste system’. Although they left accounts of their observations, a caste system was not noticed by those coming to India earlier in history. Greeks, Chinese, and Muslim writers did not leave any account of a caste system, based on an immoral rank and hierarchy as it is now conceived. Catholic padres were the first to remark on what they saw as ‘castes’ (casta in Portuguese) as the various groups Indians belonged to, but could not discern a ‘system’ of any type. Their contribution to the study of India was their description of Brahmins, who they said were duplicitous and responsible for encouraging the masses to worship the devil while keeping them in ignorance of the true religion, Christianity. It fell to Lord Harries’ British Protestant predecessors to convert these images into that of a caste system, characterised by a series of castes ‘piled’ onto one another, with the false priests of Hinduism (a name they gave to what Catholics called the ‘Indian religion’) sitting at the top of it. As the quote by the Prelate suggests, it is those on the bottom of this ‘oppressive pile’ who can thereby be regarded as being crushed (Dalits).

The story of the caste system has subsequently become part of the canon of knowledge about India. This means that social scientists assume its truth and politicians legislate about it. No real knowledge about it is thought necessary because it has become part of the common sense of Western culture (and indeed the wider world) about India. It is little known today that the current social science view of caste in Indian society is founded upon, drawn from and accepts as factual the Christian theological reflections on India of centuries ago, as a culture sunk in worship of the devil.

Many unhappy results have flowed from this encrustation of the mind which passes for knowledge about Indian culture in the contemporary world. Some Indian leaders, not least B.R. Ambedkar, had so absorbed the Orientalist picture of India that they too wanted to destroy Hinduism and its corrupt caste system. Colonialism inevitably gifted a sense of self-loathing among the colonised. Contemporary Dalit activists in India, full of hatred for Brahmins, are their moral descendants. 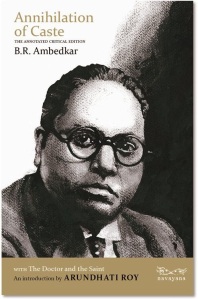 A system of reservations for university places and government jobs has spread throughout India, abandoning the principle of merit for the sake of votes. This has resulted in the marked inefficiency of the government sector in India, and is what partly holds back Indian development and its poor. Policies meant to redress poverty have the ironic effect of exacerbating it.

Using the placard of the false religion of Hinduism and its corrupt caste system, programmes for conversion to Christianity have focused on Dalits. Christian converts are already overrepresented among the Scheduled Tribes and Scheduled Castes. One must assume that a cleric like Lord Harries recites the problem of Dalits at every opportunity because of his interest in ensuring an increase in the size of his flock in India, out of the damnable trap of the false religion of Hinduism. He should however be questioned as to his true intentions and so should his fellow clergymen. Naturally, Christianity cannot be Christianity if it does not mark out other cultures as heretical or false and if it does not perpetually seek converts. And Lord Harries is not alone; churches in the European Union are also busy raising the issue of caste system in the European Parliament and the United Nations. Part of their target seems to be the fact that Christians are not entitled to reservations under central government legislation, although various Christian groups do have access to reservations under the patchwork of individual states’ laws in India. As a ‘minority’, however, Christians have much greater autonomy and privileges over their institutions than the so-assumed ‘majority’ under Indian law. Anecdotal evidence indicates that converts often do not reveal their Christian identity but instead go by their non-Christian one. In this way they can keep their access to reservations. From the Churches’ viewpoint this situation is not ideal as it understates the number of Christians and holds back proselytism.

Another outcome of, and contributor to, the pervasive image of the caste system is that Indian intellectuals both in India and abroad have repeated the same trope, also assuming its truth, but without having researched the phenomenon for themselves. One cannot therefore only blame the Prelate and his like for sticking to an image of a pagan culture which must underwrite its falsity; at least he would be able to demonstrate some interest in perpetuating an unscientific perspective of a society to be targeted for conversion. The Christian church is hardly unknown for holding back science. However, what the Indian intellectuals gain from a criminal neglect to question the fundamental assumptions of their culture is not clear at all except because of the fear of being associated with an unfashionable topic and getting penalised by losing out on jobs and promotions. Never mind that the ‘truth’ about the caste system rests on Christian theological foundations of intolerance and hatred for Indian culture.

The consensus that exists about the caste system can indeed be questioned and broken down. Colonial anthropologists tore their hair out trying to reconcile their ideas of the caste system with what they found in the answers Indians gave to their questions. Recent attempts by British academics commissioned by the Equality and Human Rights Commission (EHRC) to elucidate the caste discrimination provision in the Equality Act similarly fail to produce a coherent account of caste or the caste system. Yet those same academics as well as the EHRC go on supporting the principle of the legislation based on an idea that nobody can really make sense of. An ongoing study by the Government Equalities Office on how to ask questions about caste also faces the same problems. As with earlier precedents, Indians will never provide consistent or coherent answers to any question on caste because they simply do not know what it is; it originates from a theology which is completely external to and indeed undermines the heart of their culture. It is time to call the bluff on the theological account of caste for the sake of developing a proper scientific account of Indian culture.