Intellectuals and the Indian traditions

Indian traditions are not infrequently called into question, critiqued, stereotyped, suppressed and negatively affected in many other ways. In fact, one may say that it is a general part of the experience of someone who follows the Indian traditions. The caste discrimination provision in the UK’s Equality Act 2010, the Wendy Doniger Affair, and the portrayal of India and Narendra Modi during the recent elections are all instances of this sort of occurrence. When they happen, different types of interventions are made. Representations are sent to politicians and court cases are sometimes brought. We write articles in newspapers which may or may not see the light of day. Much of this activism is done by concerned organisations within the Indian communities or individuals who take it upon themselves to make their voices heard in defence of Indian traditions. When I say ‘defence’ here I do not mean that practices found to be wanting or harmful should in some way some be allowed to continue. What I mean is challenging unwarranted attacks on those who practice the Indian traditions. When such challenges are made, the general picture emerging of Indians is nevertheless that they are defending discriminatory practices, that they are against freedom of thought and against academic freedom, and they support a fascist regime in India.

heard in defence of Indian traditions. Many academics would today stand up to challenge racism against Black people or raise their voices against Islamophobia. However, academics in Britain who choose to research or comment on the Indian traditions tend to adopt the attitude that Indian traditions are fair game for attack or ridicule, or they use research practices which would not stand up to scientific scrutiny in other contexts. This goes as much for those academics who share an Indian background as well as those of other backgrounds. Meanwhile, academics who will choose to defend Indian traditions are few and far between. This raises a whole series of issues and questions which we cannot go into detail here. However, a few points can be made to contextualise the problem further and to find out what the implications are.

It is trite to observe that India has suffered from colonialism. Besides being much else, the colonial project was an educational project. While Islamic colonialism in India left little behind in terms of investment in education, the Western approach was different. The British tried to educate Indians in their own vision of the world and that included their vision of Indian culture. Their vision of Indian culture is today conveniently brought together under the rubric of Orientalism. They spread this Orientalist vision of Indian culture, together with its ideas of the falsity of Indian religions, the moral backwardness of India, and its corruption. Other Europeans added their own assessments to this archive. This is the ground on which the contemporary academic picture of Indian society and culture is built. All intellectuals are influenced by it including those of Indian cultural background. Those who choose to think and write about Indian culture inevitably come up against the vast body of work which inscribes corruption and backwardness into the Indian traditions. They may choose to resist it but in so doing they will be left behind in their academic careers or even pushed out of them. Those who go along will be supported and promoted. These kinds of practices ensure that a genuine scientific scholarship about Indian culture is not allowed to emerge in the West and, more tragically, even in India. The wealthier members of the diaspora might sponsor institutions and professorial chairs in Indian studies of various kinds but the outcome does not alter much.

challenge the problem. Part of the problem is that little training has been available to understand quite how the picture of Indian culture has been developed over the past hundreds of years. We do not understand how the Western scholarship, now perpetuated by many Indians themselves, has insinuated itself in every strand of research about Indian culture. This can only be done first by having knowledge of the Western culture itself and its religious background. In his book, Reconceptualizing India Studies, S. N. Balagangadhara continues his efforts to expose these patterned ways of thinking about India. As he argues, we may speak Western languages like English but it does not mean that we have understood Western culture, for which a much deeper process of training and research needs to occur. In the current scenario, even when we try to challenge those portrayals of Indian traditions that we do not like, we end up partly accepting the premises on which they are built in the first place. 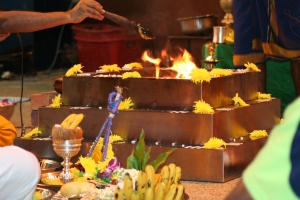 theory was brought in to justify the claim of the caste system by adding the idea that there are different races in India. In its simplest form, this meant the aboriginals and the Aryan immigrants, the caste system being the outcome of the resulting interaction. These ways of constructing ‘knowledge’ about Indian society have their roots in the Christian hatred of Indian culture and traditions. However, this background framework has been accepted by those conducting studies on Indian and its Indian communities abroad. Diatribes against Brahmanism can be heard from every corner of the secular academic establishment in India and among academics abroad. Interestingly, they do not describe India at all but are mere repetitions of ideas that Christian hatred first installed into Indian minds.

In this and similar ways, a lot of work remains to be done in terms of carving out a new research agenda which is capable of defending Indian traditions in ways which are scientifically credible. That this is patchily done today speaks volumes about how Indian intellectuals have been hoodwinked by the colonial visions of their society. Western scholars may not accept this as a problem, but it is time for Indian intellectuals to begin to craft a new science of the Indian traditions. Prakash Shah, prakash.shah@qmul.ac.uk The writer is Reader in Culture and Law at Queen Mary, University of London.